Can you tell some words about the foundation and its role ?
Well, I have created the Igor Stravinsky’s foundation (FIS, Fondation Igor Stravinsky) in 2008, 10 years ago already. After many deceases in the family I realized that I was his last (adult) descendant in Europe so I thought I had to do something. Of course, the purpose of the FIS is to promote his works and memory but I also wanted the Foundation to be a link between the public and the family. So we’re always happy answer any questions to help.

about the reception of Stravinsky’s music in the world, in different countries, – is it
changed during the years, in general, and also specifically, per genre, perhaps, per certain compositions? Perhaps something is more played now than during his life, or even ten years ago, or on the contrary some works are in the shaduws of the others?
Actualy things haven’t changed that much. His 3 big ballets – The Firebird, Petrushka and The Rite of Spring – are still the main of his works to be played. These 3 works are in every conductor’s repertoire as they remain a challenge to conduct, especially for the younger ones. The works from the next period, the European one (composed during his life in Switzerland and France) are also often played, especialy his symphonies and violin concerto which are also quite popular. The lesser known works are the dodecaphonic ones. They’re considered as more austere and are less performed. I recently had a conversation with my friend the Maestro Charles Dutoit who is convinced that the public will evolve. The point is that it also takes experienced artists to interpret these serial works.

can we say that Stravinsky is always actual with his music?
No doubt that his music is eternal. Stravinsky is still and always very popular worlwide.

about the Funeral song – in these two years from the premiere to the first world recording – how was it to hear this composition found, to hear it played, recorded
As far as I know, this fascinating rediscovery received an enthusiastic welcome everywhere

perhaps some words about this Chailly recording;
It’s a vivid and colorful recording.

your favourite pieces at this moment?
The fascinating Funeral Song… what else?

plans of the foundation, a museum, somewhere sometime?
Well, the plans are to commemorate the next centenary of the Soldier’s Tale (September 28, 2018). We’ll be present on the Geneva’s scene with a live full staging performance in the beautiful Art Center of the International School (with an exceptional multi-lingual representation thanks to the ensemble Variante and Luigi Maio1 who will interpret all the
characters)

In october, the Fondation will release a book called « Abécédaire Stravinsky ». It’s a collective work under the form of an ABC composed of 26 chapters written by contributors all related to Stravinsky in a way or another. There are chapters written by family members of course but also by musicians, conductors, composers, photographs and friends. The idea was to cross different views, styles and ideas. It will be published by the prestigious swiss editor « La Baconnière ».

Concerning the Netherlands more precisely, we’re very happy to collaborate with the dutch film director Lucas van Woerkum who is the co-founder (with Wim Lehnhauser) of the Symphonic Cinema. His « Firebird » production is amazing and brilliant. We’re very much looking forward to working with him on a new project.

We indeed have a special link with the NL and our representative for the Benelux. Mr Geert Pruiksma has organized a few Stravinsky events in Groningen, especialy one in 2013 for the Rite of Spring Centenary.

A museum ? My dream but enriched with the virtual and the new technologies, with interactive modules that would offer an in depth glimpse in Stravinsky’s work. But for that, we need money….

“Ask any music lover which Russian composers he knows and chances are he calls IgorStravinsky. With his 109 opus numbers, he belongs to one of the most played compositions
of the 20th century. Stravinsky’s repertoire was extended in December 2016 with the reconstruction of the long-forgotten funeral song.”
Olga de Kort-Koulikova 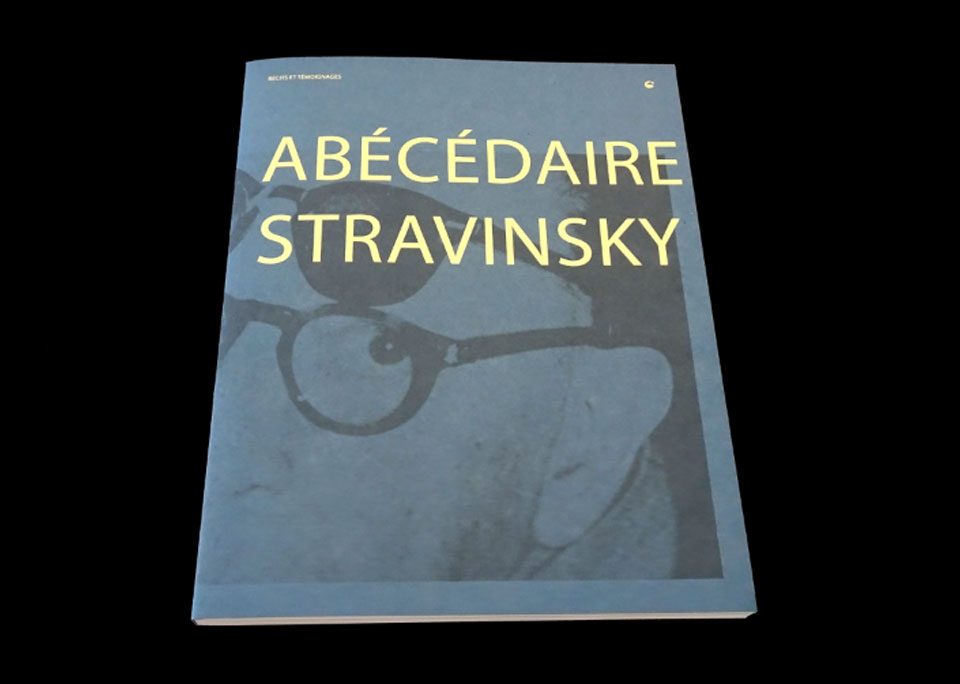